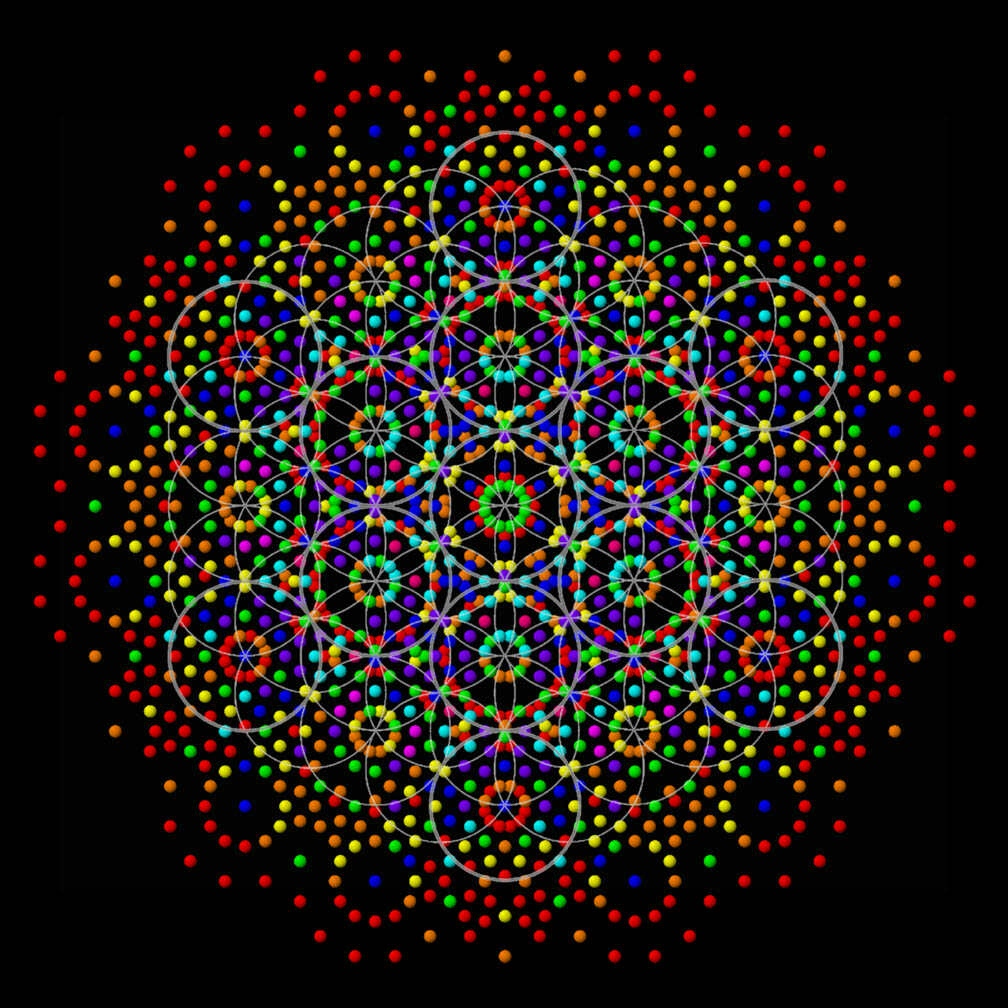 “If you only knew the magnificence of the 3, 6 and 9, then you would have a key to the universe.”
– Nikola Tesla

Related – Geometry of Circles – Vortex Based Mathematics – Theory of Everything

“We are the local embodiment of a Cosmos grown to self-awareness. We have begun to contemplate our origins: star stuff pondering the stars; organized assemblages of ten billion billion billion atoms considering the evolution of atoms; tracing the long journey by which, here at least, consciousness arose. Our loyalties are to the species and the planet. We speak for Earth. Our obligation to survive is owed not just to ourselves but also to that Cosmos, ancient and vast, from which we spring.”
– Carl Sagan

“The meaning of life is just to be alive. It is so plain and so obvious and so simple. And yet, everybody rushes around in a great panic as if it were necessary to achieve something beyond themselves.”
– Alan Watts

“Never believe fully in anybody else’s B.S. I don’t care if it’s Rajneesh, The Pope, L. Ron Hubbard, Al Gore, George Bush or I don’t care who it is, don’t swallow all of their belief system totally. Don’t accept all of their bullshit, all their B.S.
The second rule is like unto to the first: Don’t believe totally in your own B.S. Which means that, as Bucky Fuller said, “The universe consists of non-simultaneously apprehended events”. NON-SIMULTANEOUSLY. The universe consists of NON-SIMULTANEOUSLY apprehended events. Which means any belief system or reality tunnel you’ve got right now is gonna have to be revised and updated as you continue to apprehend new events later in time. Not simultaneously.
This is the natural functioning of the human brain. It’s the way children’s brains perform before they’re wrecked by the school system. It’s the way the minds of all great scientists and artists work. But once you have a belief system, everything that comes in either gets ignored if it doesn’t fit the belief system, or gets distorted enough so that it can fit into the belief system. You gotta be continually revising your map of the world.”
– Robert Anton Wilson

“Nature has an economy, an elegance, a style, that if we could but emulate it we could rise out of the rubble we are making out of the planet.” – Terence McKenna

“When I say it’s you I like, I’m talking about that part of you that knows that life is far more than anything you can ever see or hear or touch. That deep part of you that allows you to stand for those things without which humankind cannot survive. Love that conquers hate, peace that rises triumphant over war, and justice that proves more powerful than greed.”
– Fred Rogers

“They don’t want people who are smart enough to sit around a kitchen table and think about how badly they’re getting fucked by a system that threw them overboard 30 fuckin’ years ago. They don’t want that. You know what they want? They want obedient workers. Obedient workers, people who are just smart enough to run the machines and do the paperwork. And just dumb enough to passively accept all these increasingly shittier jobs with the lower pay, the longer hours, the reduced benefits, the end of overtime and vanishing pension that disappears the minute you go to collect it. And now they’re coming for your Social Security money. They want your fuckin’ retirement money. They want it back so they can give it to their criminal friends on Wall Street. And you know something? They’ll get it. They’ll get it all from you sooner or later ’cause they own this fuckin’ place. It’s a big club and you ain’t in it. You and I are not in the big club. …The table is tilted, folks. The game is rigged and nobody seems to notice. …And nobody seems to notice. Nobody seems to care. That’s what the owners count on. The fact that Americans will probably remain willfully ignorant of the big red, white and blue dick that’s being jammed up their assholes every day, because the owners of this country know the truth. It’s called the American Dream, ’cause you have to be asleep to believe it.”
– George Carlin

“Earth is abundant with plentiful resources. Our practice of rationing resources through monetary control is no longer relevant and is counter-productive to our survival.”

“War represents the supreme failure of nations to resolve their differences. From a strictly pragmatic standpoint, it is the most inefficient waste of lives and resources ever conceived.”

“We talk about civilization as though it’s a static state. There are no civilized people yet, it’s a process that’s constantly going on… As long as you have war, police, prisons, crime, you are in the early stages of civilization.”